WE WILL SHOW PRICES FOR YOUR DATES

Where are you going?
How many guests and rooms?
Photos Description Rooms and prices Location Services Reviews
Main Canada Ontario Windsor

Accommodation in Super 8 by Wyndham Ambassador Bridge Windsor ON (Canada) 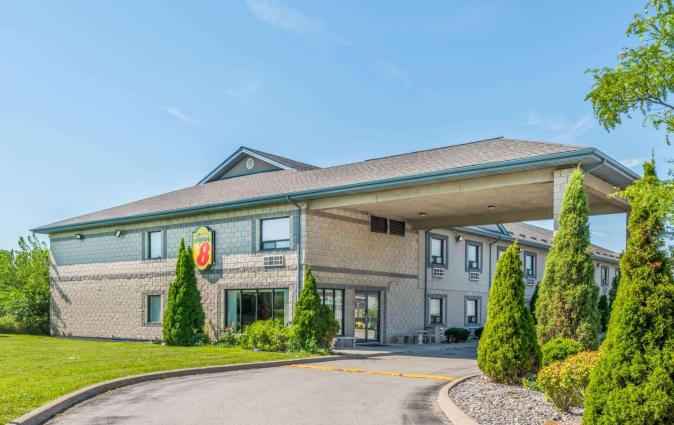 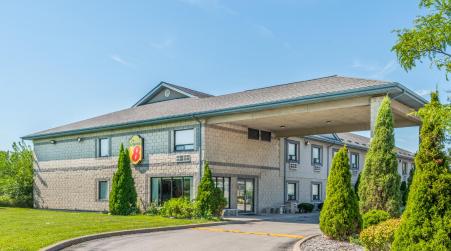 This motel assures vacationers a wonderful vacation. «Super 8 By Wyndham Ambassador Bridge Windsor On» is an established four-star motel. The price is moderate among hotels in the city of Windsor.

Nearby the motel tourists can find plenty of attractions, among which is the Jake's Roadhouse bar and the Mic Mac Park Splash Pad.

The motel is a 7-minute commute by car from the center of Windsor city and the Mitchell Park. The «Copernicus Sundial» attraction is only a 6-minute trip by car away, and there is also the «Gas and Steam Engine Club» attraction in a 30-minute drive.

Of all options of the motel there are 51 equipped rooms. Your personal bathroom equips a shower cabin. All fine rooms of the motel have got a lcd tv with various tv channels. Separate rooms provide a corner fireplace.

The hotel on 2265 Huron Church Road possesses quality developed infrastructure, close proximity not only to water parks, fountains, barbershops, but also to a range of other significant places, among them is the Shoppers Drug Mart drugstore in a 2-minute stroll and Rbc bank in 1.6 kilometer. 6-minute stroll metres divide the motel from the bus terminal College Avenue Terminal. 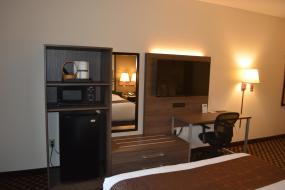 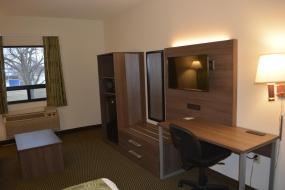 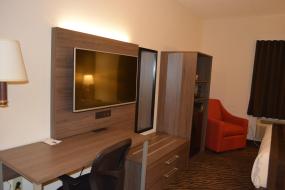 WiFi is available in all areas and is free of charge.

Free public parking is possible on site (reservation is not needed).

Pets are not allowed.

PARKING PARKING INCLUDED IN THE PRICE PARKING IS POSSIBLE ON-SITE

Frequently asked questions • Super 8 by Wyndham Ambassador Bridge Windsor ON
Where can I have a meal close by?

Close by there are places where you can dine, such as Gino's Pizza fast food cafe, which is 191 meters away. The main food served is pizza.

Is there an opportunity to buy gifts and souvenirs nearby?
Gifts can be bought in places such as the Canadian Tire department store, which is a 4-minute walk away from the motel.
Will i find any nearby grocery stores?
The nearest tobacco shop Havana Palace is situated in 184 meters from the motel.
What services are there in the motel?
The motel also has a 24-hour administration desk.
Question-answer
It's been a long time since anyone has asked us questions )
We will be happy to give an answer ...
Please, ask your question
Webcams • Super 8 by Wyndham Ambassador Bridge Windsor ON
After booking, you will receive a confirmation email
The staff will answer your questions and give you recommendations
Search for available rooms

Super 8 by Wyndham Ambassador Bridge Windsor ON
Was this information useful?
Select the language and currency

Super 8 by Wyndham Ambassador Bridge Windsor ON
x
You may be interested in this!
View the offer
Select dates